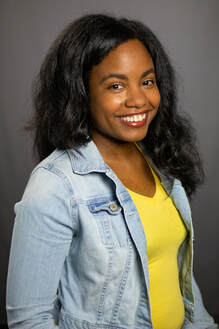 ​If you are a TV network or Distributor in need of a content creator who comes with a large and diverse body of work ranging from kid friendly content including educational e-learning cartoons / animations and children's music videos, dramatic short films for teens, young adults and adults,  get in touch with actress screenwriter producer Hillary Hawkins.

​She is an experienced creator performer based in Los Angeles, California, USA & New Jersey. Her work has aired on ABC, CBS, NBC and FOX and she is the former Host of Nick Jr.
CONTACT 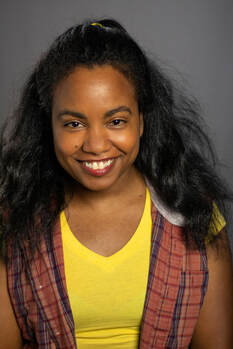 Hillary Hawkins, former Host of Nick Jr. & Radio Disney, is Creator of Stuck For A Reason (aired on ABC, CBS, NBC & FOX on National TV Show "African American Short Films") and "A Pill For Two" (nominated for 7 Awards; winner Best Actress Award). The 3X Voice Arts Awards nominee recently received a Voice Arts Awards nomination for "Molestation Monologues" which she wrote, stars in and produced. Award Category: Author Performance, Best Voice Over.
​Hawkins, who previously worked full-time in Child Protective Services, recently launched a Child Protective Series called the "The Case Files" which follows a caseworker named Hope on a mission to save the children... Hillary also recently released a music video "Let's Imagine A World of Love."
​Hillary Hawkins, who is constantly creating, has a plethora of projects, both animated and live action, available for distribution. Check out her body of work above and get in touch.
Looking for actors who write their own movies, actor-writer, actors who are also producers, writer actor director, actress screenwriter producer, writers who act, screenwriter actors? You've come to the write place! Get it? WRITE place? HAHAHA A little Hillary Hawkins Humor. :+)
* FUN FACT *
Hillary Hawkins, was on TV everyday introducing cartoons such as "Dora The Explorer", "Bob The Builder" and "Little Bill" as Robyn, Host of Nick Jr., and now she is creating and voicing cartoons of her own! ​​

Q. Where did you go to school?
A. I went to Professional Children's School and Smith College. I achieved my Dual BA in Spanish & Creative Writing from Smith College in just 3 years on the Dean's List, while working as a Radio Personality for 106.3 Smooth FM.

Q. Do you prefer to perform or create?
A. BOTH. I love to create but I also love working on projects by other amazing artists. I feel blessed to have been able to work as a performer for Nickelodeon throughout the years. They jump-started my career when I was a child actor / singer. I also feel blessed to be making a living as a voice actor.

Q. Can you tell us about some of your recent voice acting work?
B. Sure. I've been working with ABCmouse, animated series, various voices, Pandora, lots of commercials, did a voice over for UNICEF with an African Accent. I worked as a ADR Voice Actor on the TV Show "Black Lighting" on the CW, Marvel's Luke Cage (Netflix). Oh! And I also worked as an ADR Voice Match on "Acrimony" directed by Tyler Perry!

Q. What is it you love about storytelling?
A. It's fun, being creative, and it's also an opportunity to effectuate change. I believe we as storytellers can make a difference in this world through film, television and the arts. As storytellers we get to make people smile and also shine some light on subject matters that may not be frequently discussed but that maybe need to be discussed so that people who are dealing with those issues can begin the journey of healing. Storytelling is POWERFUL. I feel blessed to be a storyteller.

Q. What is it you hope to achieve by launching this new page?
A. I hope to reach a broader audience including networks in need of new content. I would love to hear from them and see which of my projects are a best fit for their network and what else they need me to create.

Q. What Divisions do you see yourself in at a Major Network?
A. Children's Programming. As the former Host of Nick Jr. and Radio Disney, I had the opportunity to entertain large audiences of children and I absolutely LOVE it! I also worked in Child Protective Services. Much of what I do is for the children. I've created several cartoons for kids, music videos for kids, well really my target audience is children and families.
I am a Christian, so I could also see myself working at a network creating and producing faith-based content. While I feel I have a knack for creating faith based content for children, I believe parents of children will also enjoy.
I could see myself in the animation department for sure, both writing and voice acting. That would be cool.
In addition to being a voice actress, actress, screenwriter, producer, I'm also a singer songwriter with a PDF ready of over 100 songs that I have written, so yes, I could see myself in the music division as well. I write all types of songs from Disney type songs for children and families to rap and jazz. I love screenwriting and songwriting and entertaining!
I also could see myself in the Diversity Department at major networks. I create and produce multicultural media and multilingual media. God has blessed me with a strong ear for accents, dialects and foreign languages and I'm using it. If you check out some of the cartoons I have made, you will find that my animated characters speak English, Spanish, Portuguese, Swahili, Japanese, Italian and more! Even the live action shorts and feature length screenplays and TV Pilots I've written feature a diverse cast of characters, American, African, African American, Latino and more! I am PRO-Diversity for sure.
And one more thing! If there is ever a social issues division, whether it be for children, adolescents / teens, young adults or everyone, I feel I would do really well there as I have this other side of me that writes about real raw issues from Child Abuse to Sexual Assault to suicidal ideation. I think I mentioned I worked in Child Protective Services full-time. I also worked with victims of Domestic Violence at Safe Horizon on a US Department of Justice Study and with children of homicide victims and more. I have a very dramatic side that is nothing like Nick Jr., although I did love being the Host! (smile) All this to say, I am flexible. And while I have produced a large amount of kid-friendly content appropriate for say Nick Jr., Disney or Smile of a Child etc., I do know how to write for grown folks as well. (wink) My grown-up body of work includes Dramas, Comedies and Dramedies. Molestation Monologues was nominated for a Voice Arts Award! Category: Author Performance, Best Voice Over. I'm an actress and a writer, both creator & performer. Thank you.

Q. What are some links we can share?
A. www.Hillary Hawkins.com is my main website. www.HillaryHawkins.com/inventory contains a list of complete projects available for distribution and broadcast. www.hillaryhawkins.com/news has recent news. www.Youtube.com/HillAHawk is my youtube channel; feel free to subscribe. You can also find me on LinkedIn.