Who is the Voice Over United Nations?
​HILLARY HAWKINS

Hillary Hawkins as "Afia" - Mid-range Female Voice, Soft, Natural, Young Woman, Healthcare Professional Voice
Client: WHO, a specialized agency of the United Nations
WHERE is the Voice Over United Nations?
The "Voice Over United Nations" Hillary Hawkins is currently based in Los Angeles, California, USA and New Jersey, United States of America.
With technologies such as Source Connect NOW and e-mail she is able to work with clients worldwide! Her various accents are located at: www.HillaryHawkins.com/Accents
A few of her languages are located at:
http://www.hillaryhawkins.com/languages

Hillary Hawkins as "Jo" - Sweet Young Female Voice, Energetic, Upbeat, Professional
Client: WHO World Health Organization, a specialized agency of the United Nations
Voice Talent: Hillary Hawkins  Voice Type: Versatile Female Voice skilled in accents, dialects and character voices.
WHEN is the Voice Over United Nations?
Voice Over United Nations​ Hillary Hawkins is available 24/7 to accommodate international clients with urgent requests. She generally operates on PST. Occasionally she is on EST.  She makes it happen around the clock for people in various time zones looking to make an immediate difference in this world and most voice overs are complete within 24 to 48 hours. 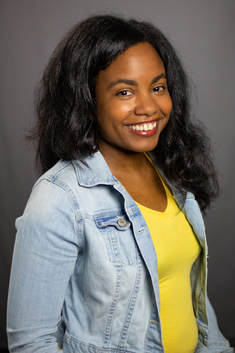