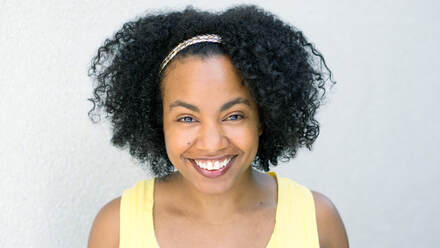 Hillary Hawkins, former Host of Nick Jr. and Radio Disney, is a female voice actor narrator based in Los Angeles, California & New Jersey, USA working with clients worldwide. Hawkins has narrated over 100 audiobooks including Oprah, Feeling Is The Secret, The Game of Life and How To Play It, The Book of Proverbs, The Secret Door to Success and Your Word Is Your Wand, all available on Amazon, iTunes and Audible.  She also has performed narration for Scholastic book trailers and more!  Hillary provides narration and voice over services for cartoons / animation, documentaries, internet videos, films, television, radio and performs voice overs with an American Accent, African American Accent, Latin American Accent, British Accent, Southern Accent and more! Hillary Hawkins is a 3x Voice Arts Awards Nominee based in Los Angeles, California and New Jersey, USA working internationally. Hawkins is a full-time voice actor with home studio and quick turnaround time for projects under 5 minutes. If your project is longer than 5 to 10 minutes, she still may be able to help. Send script to: HillAHawk@gmai.com and Hillary will get back to you ASAP to let you know if it's a project she can take on at this time. Thank you for your interest in Hillary's voice.
CONTACT