Actors Anonymous Hotline: Everything We Know
If you are a fan of Hillary Hawkins, you know she can create and present exciting songs, movies, cartoon shows and TV series. 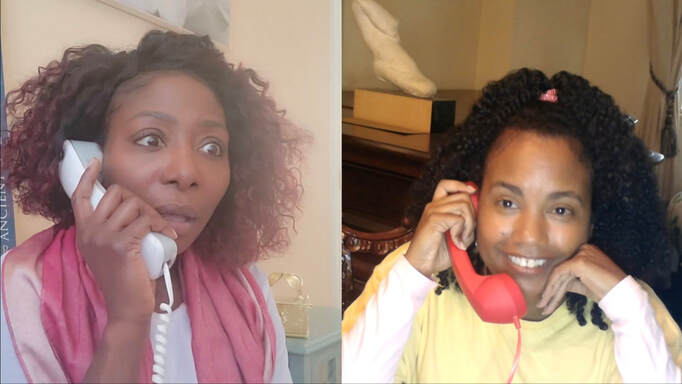 The good news is she has another creation, which she named the Actors Anonymous Hotline. The Actors Anonymous Hotline is a hilarious, yet engaging web series created for your entertainment.
The series which was released in July last year has gained a lot of traction in the last few months. Fans have continually asked for more episodes and what they can expect in the future. If you still wondering about what to expect in the next season, come with me as I help you brighten your day.
​Read Full Article Here

During These Stressful Times, Let Hillary Hawkins NEW Album
​Sooth You To Sleep 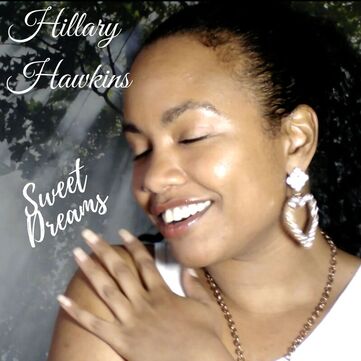 This up & coming talent from New Jersey has a lot to offer a weary soul anytime, but especially now during the coronavirus with the increased levels of uncertainty and anxiety. Her new album Sweet Dreams, is designed “to help you get to sleep at night and have sweet dreams” — and this it does in spades in our opinion. The simple and relaxing music by Kevin MacLeod, paired with Hillary Hawkins' sweet vocals, have fans calling the album: "meditation", "soothing" & "easy listening." Read Full Article Here

You Can Do This Voice Over Job From Anywhere 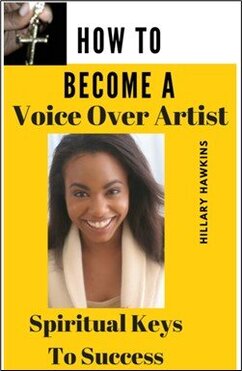 Enter Hillary Hawkins, a bi-coastal talent with home studios in New Jersey and Los Angeles. Hillary can do it all. But she found a niche in accents that sets her apart. "I can hear any accent and mimic it," she says, or "I can talk like this, and you'd never know I was a woman." What she's talking about is her extraordinary ability to sound just like a little boy. And she did so on the phone during the interview for this story. She sounded just like a child. (www.HillaryHawkins.com/accents). Hillary booked 373 vo jobs in one day during the pandemic. She is, without question, an all-star.
​Read Full Article Here 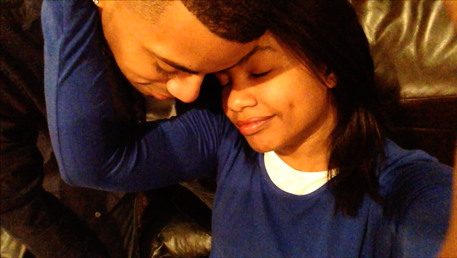 Back in 2002-2004, there was “Bennifer”, in 2022 there’s “JustHill”. Justiin Davis & Hillary Hawkins are two lovebirds whose relationship has survived the pandemic era we are all living through. The question is, can they “make some time” for one another while their careers are taking off?
Read Full Article Here 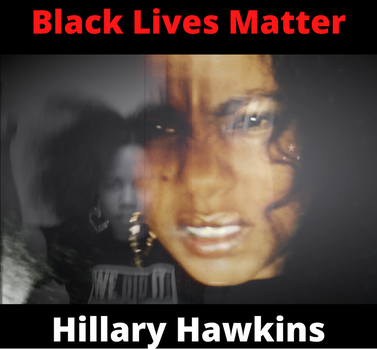 We’ve previously talked to Hillary Hawkins about her newest album Sweet Dreams which is a soothing & spiritual album designed to aid sleep. She shows care, love, and tenderness on Sweet Dreams but there is more than one side to this multi-talented singer/voice-actor. Hillary also has a fiery side and this came out after she saw the video of George Floyd. The first impression one might get from her latest track may be one of violence, but as Hillary points out, she stands for peace and love and she encourages us to pay attention to the lyrics. We were fortunate enough to ask her about the inspiration behind her latest single appropriately titled “Black Lives Matter”. Read Full Article Here 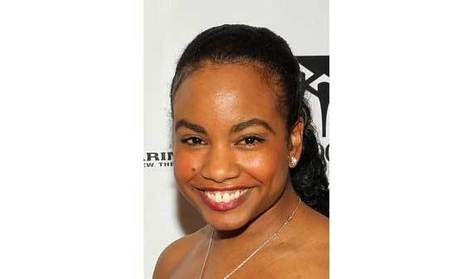 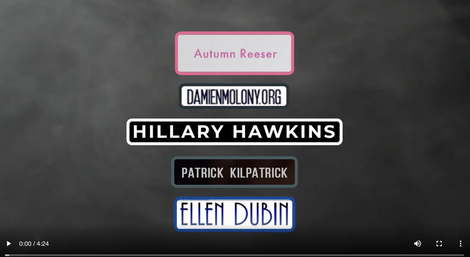 The performing arts have endowed the public with many talented stars over the course of history. It takes a special talent to succeed in the world of drama, and the following artists have proven themselves in their chosen fields... Here are 6 uniquely gifted professionals who excel in many different areas in the arts, listed in no particular order. At #3, Hillary Hawkins, a former Host of Nick Jr. & Radio Disney, is an international voice actress based in Los Angeles and New Jersey. In addition to being an actress, she is also a singer, producer, acting coach and playwright, working with clients worldwide. Hillary is the author of an e-book titled "​How to Become a Voice Over Artist: Spiritual Keys to Success". In it, she describes how she has managed to attain years of professional work while also holding on to her beliefs. The e-book was ranked a #1 new release in the Teen & Young Adult genre by Amazon in May of 2018. Read Full Article Here 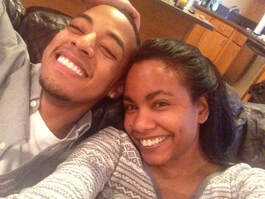 Are Nickelodeon Stars Hillary Hawkins and Justiin Davis an item? Rumors have it that they have been sighted together on several occasions. Hillary (Kate from Nickelodeon's "Are You Afraid of The Dark?", Robyn Host of Nick Jr., singing voice of Vanessa "Gullah Gullah Island") & Justiin (Host of Nickelodeon's Dance Battle Playlist) coupled up in music video "Missing You," directed by Larry Rosen, which was released today.
This would not be the first time Hollywood actors portraying love interests in film continued their roles in reality. Didn't Brad and Angelina meet on the set of "Mr. and Mrs. Smith"?
​Read Full Article Here
**************************

From Children's Television to ​Social Issues 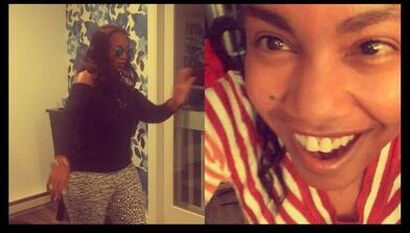 "You Can Do It" is the title of a new tune written and produced by Hillary Hawkins (Robyn) the former Host of Nick Jr. The video launched today on Youtube and Vimeo for the song that was released on her Children's Music Album "Let's Imagine A World of Love" available on Amazon, iTunes, Spotify, Google Play and more! READ FULL ARTICLE HERE

Hey, Star Wars Fans—Force Friday II Weekend is Coming, and You’re Going to Want to Be at Target

"A young woman wearing a black gi and black belt strikes forward with her palms as she looks down into the camera. " - Bring Your Rey Game Video Transcript.
*HILLARY HAWKINS IS THE FEMALE MARTIAL ARTIST IN THE VIDEO IN THE ARTICLE. FULL ARTICLE HERE. 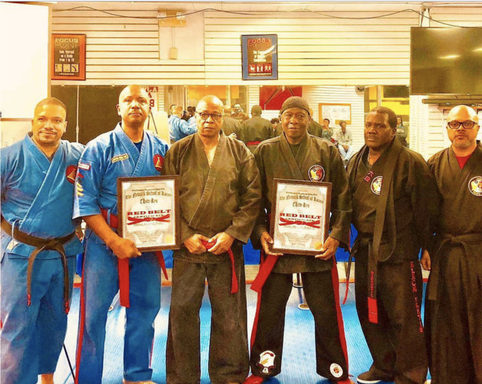 The Society of Voice Arts & Sciences has announced the nominees for its first annual Voice Arts Awards. The VAAs will be awarded November 9 at THAT’S VOICEOVER! in New York. The awards recognize achievement in voiceover acting and related roles, were established to help raise global awareness of what it takes to succeed in the industry, and set the tone for voiceover professionals to follow. The awards were first announced last summer, and nominations closed August 31.
The awards gala will honour James Earl Jones with the Voice Arts™ Icon Award for his lifetime of precedent-setting voice work. The list of nominees is as follows:
Read Full Article Here

​JADED THE MUSICAL to Play Secret Theatre as Part of UNFringed Festival, 8/17-31

If there were Tony's for New Jersey

By Peter Filichia/For The Star-Ledger
​The Theatre World Awards are bestowed on those making significant Broadway and off-Broadway debuts. This season in New Jersey, they'd go to: Hillary Hawkins ("Petite Rouge," Growing Stage). As an updated Little Red Riding Hood, Hawkins showed the carefree nature of a lass who can't believe anything bad will happen to her - and then adeptly switched to scaredy-cat once that wolf came around. READ FULL ARTICLE HERE