Are you looking for a gender fluid voice actor / someone who can voice female characters, male characters and everything in between? All voices in Trifling 2 are voice actor Hawkins. Cool voice actor wit swag. Skilled in multiple accents (Black American, Latin American etc.) & multiple genders.

#3 *An AD may play before Hawkins' VO for PAC-12 Women's Basketball. Hawkins VO states "Legacies weren't built over night... heart of a champion..."

Athletic tones should not be just for male spots, women can have athletic tones with strength, confidence and swag too. So if you want a voice over that sounds like this, just hit us up and say you want #3 on the Gender Fluid page for tone & send us your script and let's work. If it calls for a female, a male, bigender, agender, nonbinary identity, it doesn't matter. If this is the sound you're looking for, let's work. Contact

Hillary Hawkins · Young Urban Romance
Latino Boy and Black Girl Voices both Hawkins, gender fluid voice actor voicing both male and female character voices. Get more bang for your buck! Book the voice actor that can do ALL the characters! Hillary Hawkins

If you wanna call it female vocals with a more "masculine" edge / flow for the spoken word / rap part, that's fine. It doesn't matter what you call it. It is what it is. These are all just labels that we don't even have to subscribe to, unless you'd like to have a specific sound for your specific project. In which case if you could let me know if client is leaning towards a more "masculine" or "feminine" sound that'd be great. Gender Fluid. Just let me know what you want. Peace, Love & Voice Overs. ❤️

Young hip voice actor rapper Hillary Hawkins is the voice of Rap Star an animated star that raps. Hawkins is available for cartoons, animation, soundtracks, commercials, jingles, TV, film etc. This star was male and is now agender. Thank you and have a nice day. 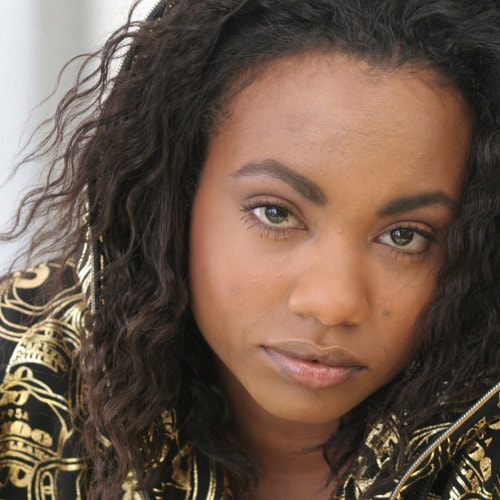 People interested in gender fluid, non-binary voice actors that can sound "male", "female" and everything in between, meet Hawkins. Hawkins does not like to be pigeon-holed into one gender and has a versatile voice that's breaking the barriers!
​For Bookings: https://www.hillaryhawkins.com/contact