“Hillary was the lead host for our Nick Jr. block on Nickelodeon. Working with Hillary was a wonderful experience. She was fantastic as our main character Robyn and she worked well with everyone from preschoolers to puppets on set. She was very professional and always came to set prepared, knowing her lines. She lit up the camera in every scene she did and was a natural talking to preschoolers on the other side of the camera. I highly recommend Hillary.” February 16, 2009
Adrienne Torrisi, Supervising Producer, Nickelodeon

"I have had the pleasure of knowing Hilary and her unlimited talents for 7 years. She is a pleasant, motivated and driven acting, singing, dancing talent! She can take on many roles with ease and skill and she can do so in more than one language. If you have the opportunity to work with Hilary, count yourself blessed because is a genuine soul with much to offer." April 15, 2015
La Shell Wooten Founder/CEO at La Shell Wooten's Talk Taboo ​ 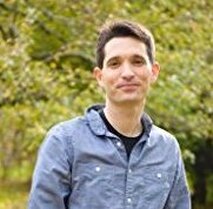 "Hillary Hawkins is an amazing actress who blew me away with her work on Selah Branch. She's been a superb partner on this project and I've been so happy to have her voice talents on the audio-book."
​-Ted Neill, Author, The Selah Branch 12/7/17

""Hillary is and was the best, so much energy and talent, that sometimes i would have to say take it easy.... i would recommend her for anyone who is thinking of hiring a pretty young actress/singer... She is just the best!!" May 7, 2013
Charles Weldon Artistic Director at Negro Ensemble Co. ​ 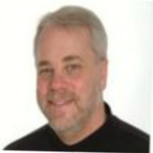 “Hillary is wonderful to work with! She is dedicated to her craft and through the professional manner in which she approaches her work, she has the ability to inspire others around her to raise their own level of commitment to their work and inevitably, the entire project.” February 16, 2009
Stephen Fredericks, Executive Director, The Growing Stage Theatre

"It was such a great experience working with Hillary. I cannot wait to use her again. She was very professional and her work was impressive. I will recommend her to anyone who is looking for a seasoned narrator." January 9, 2014
Marita Kinney, Author of Don't Rescue Me God's Molding Me
​ 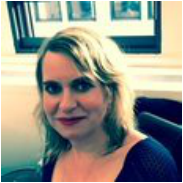 "I've worked with Hillary on several occasions and she has always produced the highest caliber of work. My clients have been pleased with her attitude, efficiency and the quality of work. I would highly recommend her." December 31, 2008
Jocelyn Marie Yant, Creative Services/Advertising Recruiter at Creative Circle 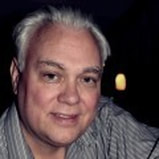 "Hillary produced and narrated two audio books for us at Evolved Publishing (I hope there will be more to come). She completed the projects well ahead of schedule, working rapidly without ever compromising on quality, which is critical to us.
She related with the author in a friendly, cooperative, and productive manner, and strove at each step of the process to produce a finished product that she, the author, and we as publisher could all be proud to offer our customers.
Her skill in not just "reading" the books, but "acting" and "living" them, has made them something that listeners are sure to enjoy.
If I had to come up with just one complaint about Hillary, I'd be in big trouble, because she was simply a pleasure to work with from start to finish. If you're considering hiring Hillary, I would recommend her enthusiastically. " April 28, 2014
Dave Lane (aka Lane Diamond)  Managing Publisher/Editor - Evolved Publishing LLC
publisher@evolvedpub.com 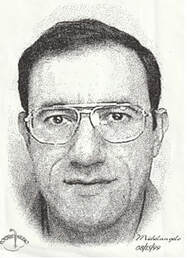 "I approached Hillary with a challenging project: To put into voice some complex thoughts that had bubbled to the surface of my mind from the depths of my subconscious. I did not know what to expect; I’ve never hired a narrator to reach inside my mind - through some print on a computer screen - and blow life into  my thoughts. But that is exactly what Hillary did, splendidly! I wonder if she really understood all the thoughts she was voicing, because I myself do not comprehend all of them!  But isn’t that the mark of a true voice-over professional/actor, to achieve a perfect job enacting diverse thought, and to give life to characters with a full range of expression, despite the flood of questions and uncertainties that might be present in the project. She did all of this with the minimum of instructions, quickly, and she did it to my satisfaction, and to my amazement indeed!  The product is a very unique audio-book. Thank you, Hillary."
​Safwan Arekat
"Hillary conducted long and difficult interviews in English and Spanish with victims of intimate partner violence for a research project funded by the US Department of Justice. She was extremely productive, accurate, efficient, fluent, and established great rapport with study participants even over the phone. Despite her youth at the time, older women wih complex legal and personal problems following the abuse they had suffered trusted her, sought her advice and invited her home. This happened with none of the other eight interviewers on the project. She was a pleasure to have in the office yet never wasted time." January 23, 2010, Chris S. O'Sullivan, Ph.D., Independent Research Professional 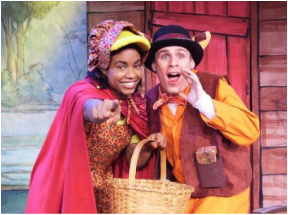 REVIEWS
If there were Tony's for New Jersey
By Peter Filichia/For The Star-Ledger
​The Theatre World Awards are bestowed on those making significant Broadway and off-Broadway debuts. This season in New Jersey, they'd go to: Hillary Hawkins ("Petite Rouge," Growing Stage). As an updated Little Red Riding Hood, Hawkins showed the carefree nature of a lass who can't believe anything bad will happen to her - and then adeptly switched to scaredy-cat once that wolf came around.

For fairy tale, move to bayou is a good one
By Peter Filichia/For The Star-Ledger
Hillary Hawkins is enchanting as Petite Rouge, nicely balancing the girl's innocence with spirit. Not only does Hawkins have a pleasant voice, she also has the most important quality of the best Broadway stars: She makes the audience fall in love with her.
CLICK HERE to contact Hillary!
Thanks for your interest.