Hope is on a mission to save the children, including the child she use to be...
THE CASE FILES created by Voice Actress, Animation Screenwriter, Producer Hillary Hawkins. All characters illustrated, animated and voiced by Hillary Hawkins, former Caseworker, former Host of Nick Jr. & Radio Disney.

Suicidal JAde
Eps. 1: Time to Be My Friend

Suicidal Jade is a Suicide Awareness Cartoon about a suicidal singing plant in need of Love. Singing songs about Suicide is her coping mechanism. Somehow it helps her feel better. It also helps to break the stigma surrounding suicide. Maybe if more people could talk about it, less people would do it... Breaking the silence!

Hug The hurt Away PSA

The third in a series of animated Hug PSA's brought to you by Hillary Hawkins Production, LLC. Hugs Always Help! Hurray for HUGS!!

My grandpa use to say, “I don’t have any friends. All I have is family, all I need is family.” I use to think that I could be different, that I could have a friend. I thought that friend was you but I’m not sure if that’s true cause whenever you’re not here I start to feel so blue. Break the curse, Be a friend, Your Love will help a Heart to mend. - Voice Actor, Songwriter, Lyricist, Animation Writer, Producer Hillary Hawkins cares. Let's all be a friend. Thanks. Love.

Letters from the suicide spirit - letter #1

Girl speaks out about suicide & suggests we learn the warning signs.

Our whole goal is to help.  We want to help anyone who has ever been through anything to be able to talk about what they're going through. We hope these  cartoon animations help "break the ice" so that parent and child, boyfriend and girlfriend, girlfriend and girlfriend, sister and brother, little sister and big sister, niece and aunt, cousin and cousins, friends and colleagues, teens & adolescents, children & families, can start to talk about their issues...
​Sit them down and watch a social services cartoon created by Hillary Hawkins Production, LLC. God Bless. 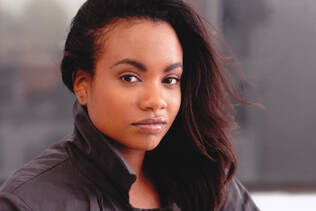 Hillary Hawkins is the creator, writer, producer of Social Services Cartoons. Hillary comes from a diverse background. She was a child actor, starred on Nickelodeon's "Are You Afraid of The Dark?", was Host of Nick Jr., introduced cartoons such as "Dora The Explorer" & "Bob The Builder" on TV everyday, is a Smith College graduate who achieved her Dual BA in Spanish & Creative Writing from Smith College in just 3 years on the Dean's List while working as a Radio Personality for 106.3 Smooth FM, and she also worked full-time in Child Protective Services for the State of NJ and worked with victims of Domestic Violence, Sexual Assault, Families of Homicide Victims etc. at Safe Horizon in NY. Currently, she is freelance Voice Actor based in Los Angeles, California, USA. In between voice over jobs, she creates. Her creations are made with love and designed to help raise awareness for those that may be in need of help but may not have the strength to talk about it. Proverbs 31:8-9 Hillary was recently nominated for a Voice Arts Award for Molestation Monologues available on Amazon, iTunes & Audible.
CONTACT