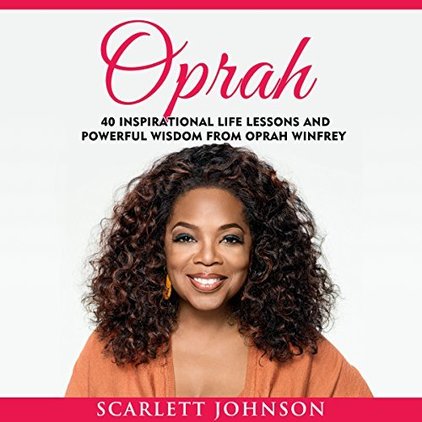 As the first black female on the Forbes billionaire list, it was obvious that Oprah Winfrey was not only a great talk show host but a smart business woman. From humble beginnings, Oprah has had a lifetime of experiences and touched the lives of millions of people. Her long running show, The Oprah Winfrey Show, covered a wide range of topics with sensitivity and dignity. It is from these experiences that Oprah has developed philosophies which can help anyone through all aspects of their lives.
This audiobook compiles 40 of Oprah's inspirational life lessons and powerful wisdom. This includes:  Whether you are looking to boost your career prospects, improve your relationships or ignite personal growth, Oprah's life lessons can help.
If you have been yearning to change your mindset, your life, your finances, your relationships then consider immersing yourself into the quintessential wisdom of Oprah Winfrey - one of the most respected women in the world.
Oprah's inspirational quotes and life lessons can help you towards accomplishing your goals and achieving your dreams.
DOWNLOAD ON AMAZON, iTUNES & AUDIBLE!!! 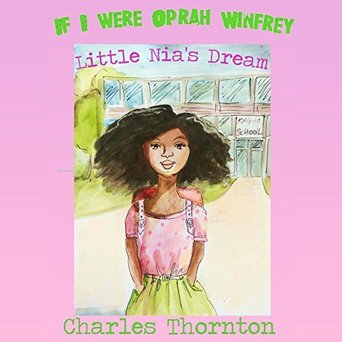 If I Were Oprah Winfrey: Little Nia's Dream is an inspirational story about an elementary school girl that was inspired by Oprah Winfrey's to guide her own life for success. Bullied by another girl she finds a way to change her problem into something extraordinary.
DOWNLOAD ON AMAZON, iTUNES & AUDIBLE!!! 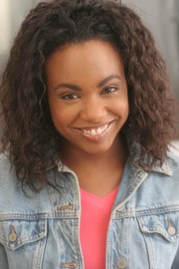 Well-known as Robyn, Host of Nick Jr., Hillary Hawkins was on TV everyday introducing shows such as "Dora The Explorer" and "Little Bill." She also was a Host for Radio Disney and is a full-time Voice Actor with over 90 audiobooks on Amazon, iTunes and Audible! In 2014, she was nominated for a Voice Arts Award. Category: Outstanding Audiobook Narration - Teens. Title: Desert Rice.  In 2015, she was nominated for another Voice Arts Award. Category: Audiobook Narration, Metaphysical, Best Voice-Over. Title: Your Word Is Your Wand. The 2X Voice Arts Awards nominated voice-over artist is also actress/writer/producer of "Stuck For A Reason" which aired on ABC, CBS, NBC and FOX on National TV Show "African American Short Films" and "A Pill For Two" which was nominated for 7 awards and won Hawkins Best Actress Award. Hillary had the honor of narrating two Oprah Winfrey inspired audiobooks. 1. OPRAH and 2. IF I WERE OPRAH WINFREY Download on Amazon, iTunes and Audible today!

FOLLOW YOUR DREAMS CAUSE YOU CAN DO IT! God Bless.