Lydia thought she knew it all. Who she was, what she wanted, and was on the fast track to get all of it. Until one day, on her way to make a huge presentation, she gets stuck in an elevator with Jerome...

CONTACT producer Hillary for permissions to schedule your public screenings...
High Schools, Colleges and Universities are encouraged to reach out and TALK ABOUT IT. 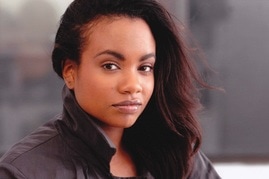