About Hillary - A Mini Bio 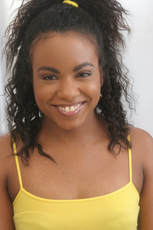 Hillary Hawkins was on TV everyday introducing shows such as "Dora The Explorer" & "Bob The Builder" as Host of Nick Jr.  She was the singing voice of Vanessa on Nickelodeon's "Gullah Gullah Island" & a Host for Radio Disney!  Hillary is now the voice of Dizzy in the Awesomenauts!