Sherri's Black Sin is the tale of a woman-child living on her own with no one to talk to but her imaginary friend / spirit guide. You decide what it is!
TV Pilot Runtime: 22 minutes and 42 seconds (perfect for a 30 minute TV slot!)
Short Film Version: 15 minutes and 22 seconds (great for festivals!)
Sherri's Black Sin is brought to you by Hillary Hawkins Production. The award winning team includes Hillary Hawkins, Larry Rosen, Tyrell Jason and more! Hillary Hawkins Production is the team behind "Stuck For A Reason", aired on ABC, CBS, NBC & FOX on National TV Show "African American Short Films" and "A Pill For Two", nominated for 7 awards, winner Best Actress Award (Drama). 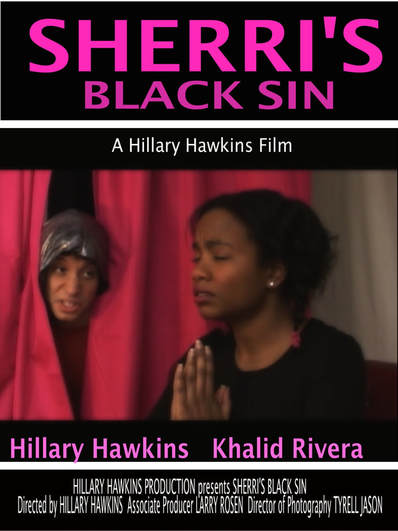