Science of mind
(((Audiobook on Audible))) 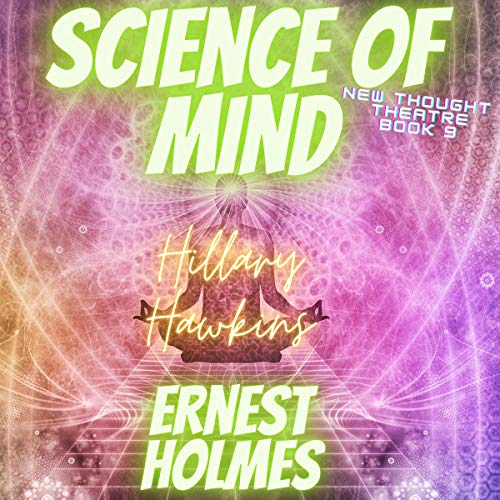 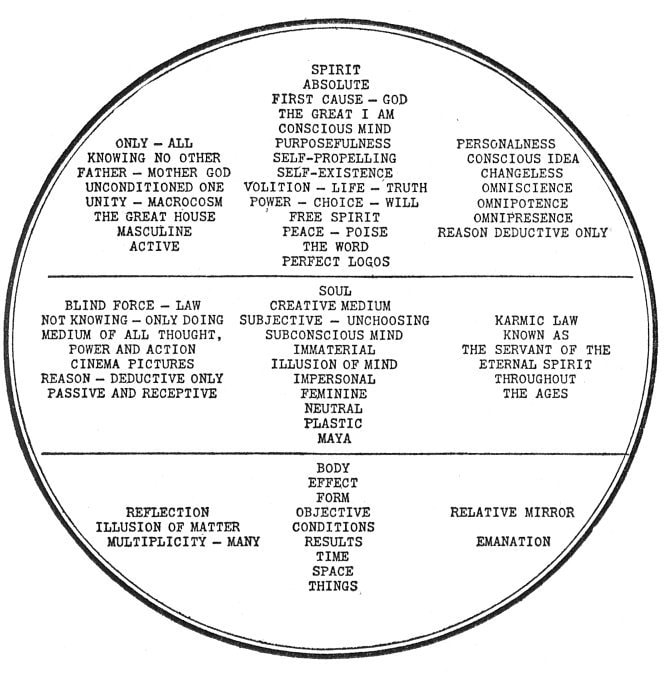 This chart, which is called the Universal Chart, shows the Universe as a Trinity of Being. The upper section designates those attributes of Spirit which are Self-Conscious. The middle section shows the subconscious aspect of Law; and the lowest section shows the effect of Spirit working through the medium of Universal Mind. Read and carefully study the full explanation and meaning of the words used in this chart.

Science of MInd Chart No. II-A 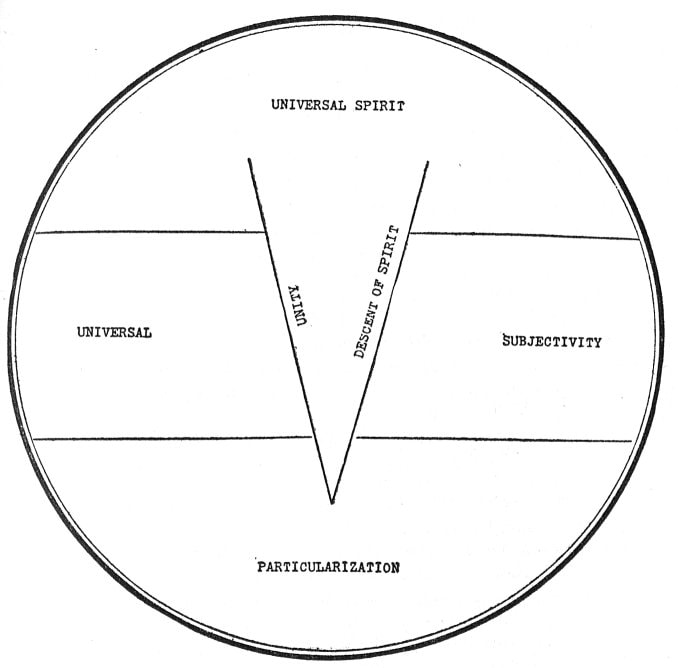 This chart shows, first, the Universal Spirit; then the Universal Soul or Subjectivity, which is the medium of all thought, power and action; then particularization or manifestation of Spirit. The point drawn down through the center symbolizes the descent of Spirit into matter, or form. It is necessary that Spirit be manifested in order to express Itself. The word Unity on the descending line shows that all come from the One. Man reënacts the whole Universal Life, and his nature is identical with Spirit. What is true of the Whole is true of any one of Its undivided parts. Man comes to a point of individualization in the Whole and is subject to the Law of the Whole. 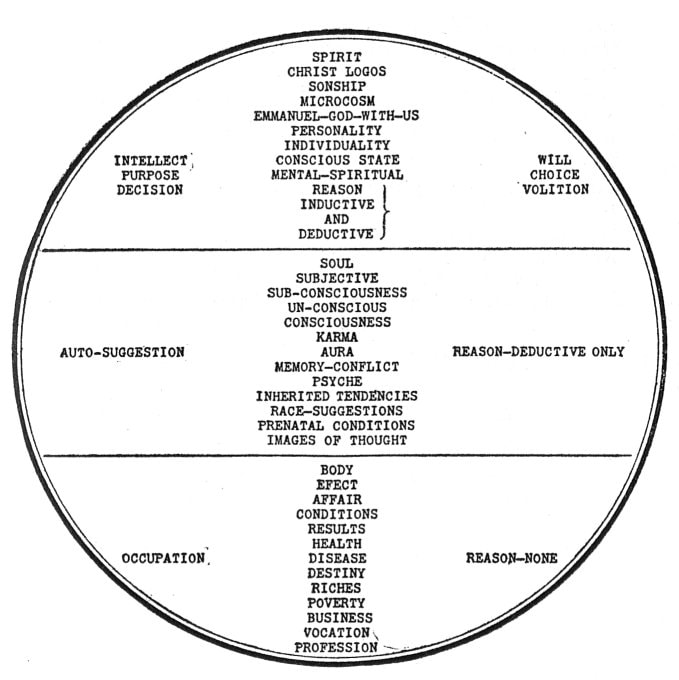 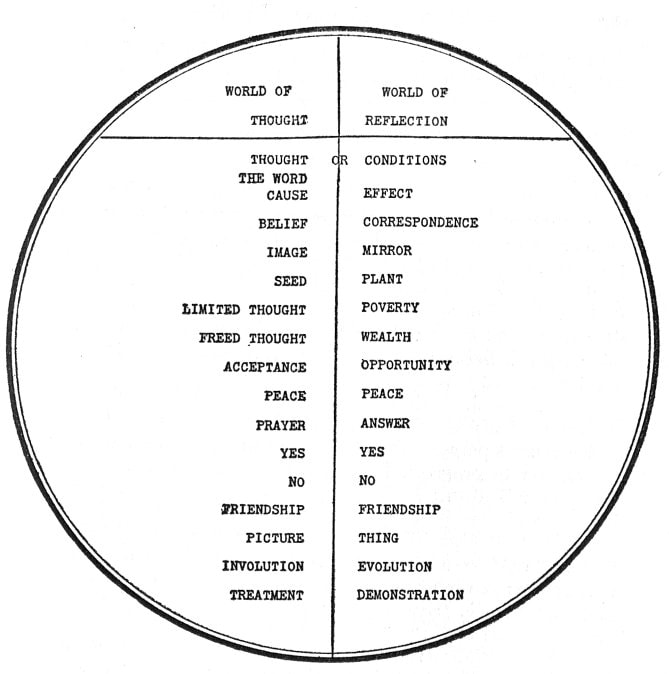 The upper section of this chart shows how the conscious mind, or spirit of man, reflects or contemplates itself, through the medium of soul or subjectivity, into form or matter. The middle section represents the World-Soul or Subjectivity; the Mirror of Mind and unformed matter; the Servant of the Spirit; the lowest section shows the result of self-contemplation as it takes form in the world of matter. Read and carefully study the metaphysical meanings of the words used in the Individual Chart.

Lesson Five: Metaphysical Chart No. V.
​This is the Mystic's chart and shows how the Universal becomes the Particularization of Itself through man. Man comes to a point in the Universal, or God, and is the Idea of God as man. The Father is represented as the Whole just back of, or above, or within, man. This is the Indwelling God to Whom we pray and with Whom we talk. The mystic has the ability to consciously talk to God and to consciously receive a direct answer from the Spirit. In this chart it is shown that the Absolute contains the relative, within Itself, but is not limited by the relative. We must remember that the relative does not limit, but expresses, the Absolute. All change takes place within the Changeless. All form subsists within the Formless. All conditions obtain within that which is Limitless; and Creation is eternally going on within that which is Uncreated. All are activities of the One Mind and Spirit of God. All people come to a point of individuality within that which is universal. 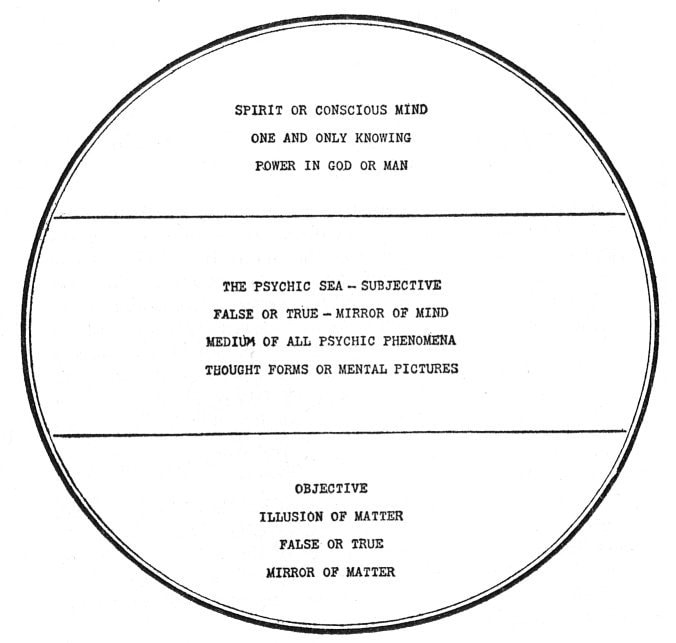 This is the psychic's chart and should be carefully considered, as it shows that the Spirit, or Conscious Mind, operates through a mental field, or law, which is a world of reflections. Thought is first reflected into Mind and then into matter. Read again the meaning of the conscious and the subconscious aspects of being. The world of Subjectivity is the Psychic Sea and the Medium of all subjective action. From the standpoint of man's thoughts it may be false or true, according to the way in which he thinks. It is the picture gallery of the soul, both from the universal and the individual sense. The illusion of matter means that the false mental pictures will produce a false form in the world of objectivity. Mind is not an illusion, but might contain false pictures which would be illusions; matter is not an illusion but may take on false conditions. We must learn to separate the false from the true.
www.HillaryHawkins.com/Audiobooks