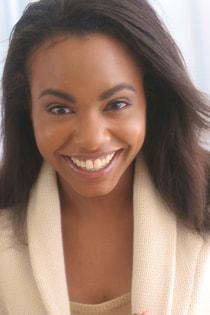 “Let’s Imagine A World of Love” is a high energy Love Fest with singing and dancing, hugs and smiles! Brought to you by Hillary Hawkins, former Host of Nick Jr. & Radio Disney. Hillary plants seeds of Faith, Joy and Love in every song she sings, and always with a smile!
✓  Recommended for young children.
✓  Great fun for the whole family!
✓  Positive :+)

I'm SO Excited! I'm so happy to share LET'S IMAGINE A WORLD OF LOVE with the whole wide word!  Let's Love everyone!  Love! - Hillary Hawkins, 9/3/16 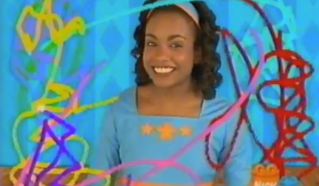 Well-known as Robyn, Host of Nick Jr., Hillary Hawkins was on TV everyday introducing shows such as “Dora The Explorer,” “Bob The Builder,” and “Little Bill.” She also was Kate on Nickelodeon’s “Are You Afraid of The Dark?,” the singing voice of Vanessa on “Gullah Gullah Island,” and was a live events Host for Radio Disney. Hillary performed in National Tours “Seussical The Musical” and “If You Give A Mouse A Cookie And Other Story Books” with Theatreworks USA and was Petite Rouge in “Petite Rouge A Cajun Red Riding Hood” at the Growing Stage Children’s Theatre of New Jersey.
Most recently, Hillary was on ABC, CBS, FOX and NBC on National TV Show “African American Short Films” in a short film she wrote and produced entitled “Stuck For A Reason.”  Another film Hillary wrote and produced "A Pill For Two" has been nominated for 7 Awards.  Hillary is a 2X Voice Arts Awards nominee and has over 80 Audiobooks on Amazon, iTunes & Audible.  Hillary has done voice-overs for Scholastic, Make-A-Wish Foundation, Crayola, American Red Cross, Military Kids Connect, Jim Casey Youth, the Children's Coalition and more! In addition, she sang the National Anthem at a Mayor's Inauguration and Governor's Ball in New Jersey.  Hillary is currently singing, dancing and spreading love around Los Angeles.
FOR BOOKINGS PLEASE E-MAIL: HillAHawk@gmail.com

Videos of a couple covers with love! 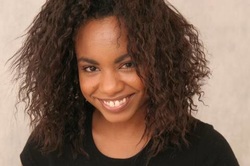 What The Kids Are Saying...

Send photos of you and your loved ones to HillaryHawkinsProduction@gmail.com with the subject: "LOVE [Your Name]" and you may just be featured in a Hillary Hawkins Production! Let's Imagine A World of Love!

Let's Imagine A World of LOVE is a global movement to spread Love, Joy and Peace through the arts; brought to you by Hillary Hawkins (former Host of Nick Jr. & Radio Disney.) 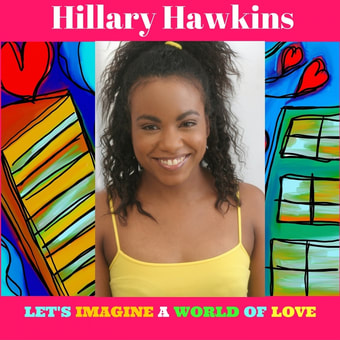