#1 childlike faith - ​​You Can Do It! - Singer Songwriter

The Bible says, "Except ye be converted, and become as little children, ye shall not enter into the kingdom of heaven." (Matthew 18:3) Thankfully, Hillary Hawkins has become like a little child, or rather, has somehow managed to hold onto her childlike, playful spirit while she sings "You Can Do It!" to uplift and inspire! Hillary's childlike faith is positive and freeing! 18+ to play younger Singer Songwriter Children's Music Artist based in Los Angeles, California & New Jersey, USA. Proudly plays with stuffed animals and sings with a smile! :+)

Childlike Voice Actor Hillary Hawkins is a young adult child voice actor, meaning she is legally 18+ to play younger. She is also a female voice actor voicing male characters for commercials, cartoons and animation. Hillary has many voices inside of her and they're coming out! For the Kellogg's Commercial above she uses her Kid Boy Voice, adventurous, young and fun! Uninhibited Youthful Voice Actor! Sound like a child! Little Boy Voice coming from female voice actress, childlike.

Hillary Hawkins is a hugger and loves love like a child. All children's voices in this Hug PSA are voice actress Hillary Hawkins, childlike female voice actor voicing both kid boy voices and little girl voices. Ever wonder if a woman can still sound like a child? Well she can if she still thinks and feels like a child, like Miss Hillary Hawkins. Ever notice how loving children are? They just want you to hold them and love them cause they just want to love YOU! That's Hillary. We all need love. So let's all love and hug and heal.

Hillary Hawkins is a young adult female voice actor that sounds like a child. She recently worked with UNICEF and is the voice of the child in this video on the Drivers of Violence Affecting Children. International Voice Actress skilled in Accents & Dialects. Hillary Hawkins uses an African Accent in this voice over designed to help the children. Hillary sounds like a child to help the child, to play her part in keeping children safe.

Hillary Hawkins worked in Child Protective Services for the State of New Jersey prior to becoming a full-time voice actor. The Case Files is a Child Protective Series Animated Series Child Safety Initiative that follows Hope, a Caseworker on a journey to save the children, including the child she used to be...  All voices in Episode 1 voiced by Voice Actress Hillary Hawkins, voice actor, animation writer, character designer, illustrator, animator, screenwriter, producer, child advocate.

Little Girl with Nunchucks spotted in NJ summer 2019​... Mission: Save the Children

#13 Girl playing outside with nunchucks

Young Girl playing outside with nunchucks is Hillary Hawkins. Hillary began studying American Style Nunchaku Summer of 2019. She previously trained in Chinese Kenpo and has a Black Belt in Karate. Height: 5'2'' 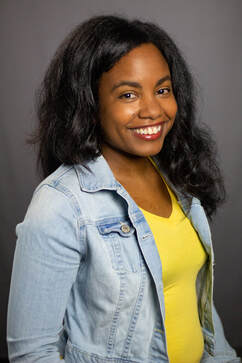