The above video was filmed in New Jersey. Hillary has a Jazz Duo / Jazz Trio there!

Hillary Hawkins is a young female Jazz Singer based in New Jersey and Southern California. This is a video of Hillary singing and performing Jazz Standard "Almost Like Being In Love" in the style of Natalie Cole with Rio Clemente & Friends!!!

Hillary singing at a lovely venue in New Jersey with her Jazz Band! Dave Sansone on keys! Bill Moraites on guitar! Jazz Standards performed LIVE! Hawkins is a lead singer, lead female vocalist with years of experience performing for live audiences! Some of the Jazz Songs she sings include Straighten Up & Fly Right, Fly Me To The Moon & Satin Doll!! She is VERY comfortable performing for audiences of all sizes and is at home on stage, in front of the camera and on the mic!

In addition to being a Jazz Singer, Hillary Hawkins is skilled in Pop / R&B and more! When Hillary Hawkins was performing on New Year's Eve with Dave Sansone and a special request came in for "I Will Always Love You", Hawkins had never performed the song live before with Dave, however, aiming to please her audience she went for it! Everyone started dancing with their significant others and it was a beautiful time! Hawkins loves Whitney Houston and loves singing love songs.

Young Female Jazz Singer singing with soul! "At Last" in the style of Etta James!

#11 Jazz Duo Singing to seniors outside in California

It was daytime when they started! Jazz Singers Hillary Hawkins & Ricky Bones!

Bicoastal Female Jazz Singer with Great Showmanship performs at venues in New Jersey and Southern California. Passionate Jazz Singer with Great Personality that LOVES entertaining! She has performed Jazz Standards for seniors in assisted living facilities, she has performed Jazz Songs for middle aged audiences at restaurants and also has experience performing for children & families! Former Host of Nick Jr. & Radio Disney! Are you in need of a JAZZ SINGER to join your Jazz Band? Or are you a venue in need of a JAZZ SINGER? Reach out to Hillary Hawkins today! Are you looking for a young black jazz singer, young black female jazz singer, American Jazz Singer, jazz recording artist, jazz singer songwriter, multilingual jazz singer?
CONTACT 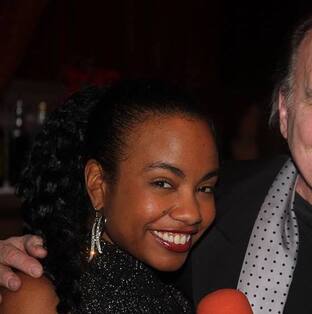 Hillary Hawkins, former Host of Nick Jr. & Radio Disney, is a Jazz Singer based in Los Angeles, California & New Jersey, USA. Her career began as the singing voice of Vanessa on Nickelodeon's "Gullah Gullah Island" and performing musical theater. Hawkins has performed in 2 National Tours, on stage & screen and is a seasoned performer having been in show biz since she was a little kid. Now a Smith College Graduate with a Dual BA in Spanish & Creative Writing, achieved in just 3 years on the Dean's List, while working as a Radio Personality for WEIB 106.3 Smooth FM, Hillary continues to entertain! While at Smith, she commuted to Amherst College every semester to study Jazz Voice with Ann Maggs. That is where she really fell in love with Jazz Superstars such as Ella Fitzgerald, Billie Holiday, Nancy Wilson, Natalie Cole & more! Her teacher introduced her to songs in a variety of languages and Hawkins who already studied Japanese & Portuguese and was fluent in Spanish was and still is excited to expand her multilingual repertoire! Hillary also songs in Swahili! Hillary is an energetic performer with a big smile and heart. She loves Jazz and believes love is contagious! Thank you for your interest in her voice!
Jazz Singer Hillary Hawkins
Influences: Ella Fitzgerald, Billie Holiday, Sarah Vaughan, Nancy Wilson, Natalie Cole, Celia Cruz, Eartha Kitt
​For Bookings & Inquiries CONTACT Hillary today! 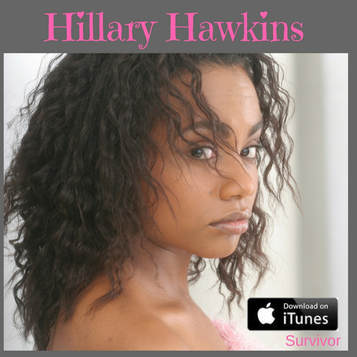