Hillary worked in Child Protective Services / Child Welfare Services in real life! For the State of New Jersey... She brings true compassion to voice-overs, heartfelt reads. This one is for the Louisiana Department of Children & Family Services. The Value of Everyone.

In need of African American Voice Talent?
Check out Hillary's Voice Samples above and e-mail your script along with your “Character Voice” of preference.  No preference?  No worries!  We can always feel our way and let the Spirit be our Guide! :+) 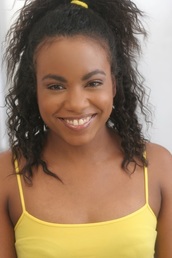